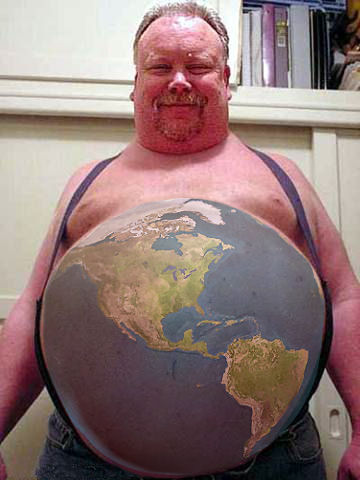 "It is a rare occasion when a President can sign a bill that he knows will save American lives; I have that privilege this morning," US President George W Bush trilled as he consigned 200 years of judicial oversight to the scrap heap of history.

For the bill that he signed with such evident satisfaction has relieved the federal courts of their rights and duty to hear petitions for a writ of habeas corpus, which allow prisoners to challenge their confinement under Constitutional principles.

The new law, called the Military Commissions Act of 2006, will allow rough treatment during interrogations, so long as the President designates a practice not to be torture. But he is permitted to "interpret" international law forbidding torture to suit himself.

The government, not the courts, will now be deciding what is cruel and inhumane treatment. Only monstrous abuse, reaching the level of a war crime, such as rape, mutilation, and the like, are expressly forbidden. And prisoners will not be granted legal counsel during interrogations.

The law will allow hearsay evidence and even coerced testimony to be admitted at trial, so long as a judge deems it relevant and reliable. Evidence obtained through torture cannot be used but, as noted above, the government will have plenty of latitude in defining torture, and it is inevitable that testimony will be obtained through force or threats of force, and permitted at trial.

The law empowers the military to detain any foreigner it wishes to call an unlawful enemy combatant. And yet it fails to address the thousands of prisoners socked away in ratholes in Iraq: it applies only to those prisoners whom the government wishes to try in its kangaroo courts - otherwise known as military commissions.

It is the most un-American piece of legislation passed since the so-called "Patriot" Act. But it is a "vital tool" in the war on terror, the President insisted, using his stock slogan for all of the administration's various assaults upon proper judicial process and civil liberties. Massive electronic dragnets and wiretaps are a "vital tool". Warrantless searches are a "vital tool". Holding thousands of prisoners in an extra-judicial limbo is a "vital tool".

And here we have another, rubber-stamped by a spineless Republican Congress. "With the bill I'm about to sign, the men our intelligence officials believe orchestrated the murder of nearly 3,000 innocent people will face justice," the President gushed as he prepared to make the legislation law.

Donald Rumsfeld was there, looking quite satisfied. In a sense, he had just been given a promotion. He is now, effectively, the Supreme Court for a shadow judiciary. It is a quite illegal one, Congressional blessing or no, but the question remains: will the real Supreme Court stand up and make it right? ®