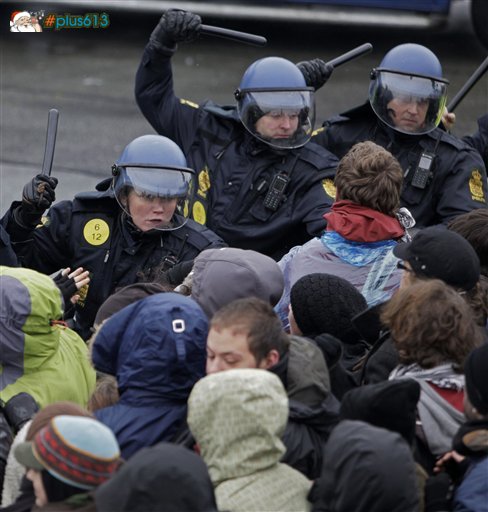 Dec. 17 Obama signs into law total immunity for Interpol in the United States.

Some Blog Telling About It

No big deal. Interpol is more or less just an information clearing house on international crimes. I haven't found signs of them actually having agents or officers with arrest powers. Interpol's website and here is a description on Wikapedia.
Mrkim Report This Comment
Date: January 03, 2010 07:07PM

Why would we elevate an international police force above American law? Why would we immunize an international police force from the limitations that constrain the FBI and other American law-enforcement agencies? Why is it suddenly necessary to have, within the Justice Department, a repository for stashing government files which, therefore, will be beyond the ability of Congress, American law-enforcement, the media, and the American people to scrutinize?

The above comments and questions seem more than valid and certainly reasonable. In pondering this a possible scenario began to dawn on me that is chillingly plausible and possible under the guidelines Interpol is now working under within our own borders.

Say the US govt. is seeking a case against a citizen but is stymied by the constraints of our legal system regarding search and seizure boundaries, so, they turn it over to Interpol who then is unbound by our laws and worse yet an arrested individual basically would have very limited redress within our legal system as Interpol would not be required to reveal any documentation they simply chose not to be forthcoming with making it nearly impossible to even prepare a defense before the charges, witnesses and such were revealed in open court.

Any time normal legal processes are circumvented it ALWAYS is for a reason contrary to the boundaries of the law itself. Secondly, such circumventions will ALWAYS be abused many times before they eventually get tested by a higher court meaning people will always have their rights abused before such things get reigned in.

But, the real bottom line is why should ANY outside branch of law enforcement be given unsupervised impunity to act on anything within our borders and then not even be required to prove their investigations were valid, nor allow disclosure of the facts of their investigations

Just another way Odamna is trying to destroy our country. He will continue until he succeeds and America will disappear or he disappears.