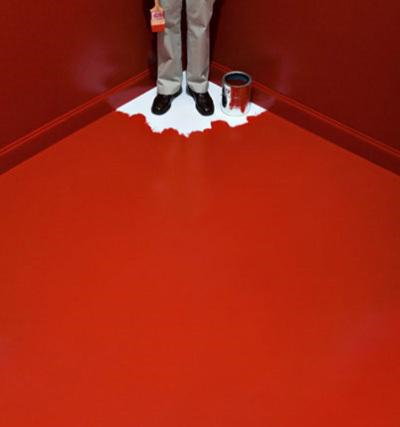 Have you noticed we're being sold a furphy?

Inflation is caused by a boost in the amount of money in the system. It's never caused by a shortage of a commodity.

The claim it's caused by a shortage of a commodity is by the same people who, after first demanding a free flow of money across borders, boosted the amount of money in the system.

Have you noticed the lack of the term 'Underlying Inflation' at the moment?

Except for when it is helped by the cost of a commodity.

If the production of your goods uses fuel; and fuel goes up by 20%, then the production cost of your goods goes up; which you will need to reclaim, by increasing the wholesale price.
Then you need to ship your goods, be it around the corner or around the world. This has also gone up 20% now; except it hasn't, because shipping has gone up 600% in the past year due to various backlogs and price gouging by shipping companies. But let's pretend it's a flat 20%. Now getting your goods to retail has gone up, so your widget that cost $10 to make, and retailed for $20, now costs $14 to get to retail.

This is a VERY simplistic way of looking at things. Let's say your $10 widget is made of 10 parts, each of which now costs 20% more to ship to you, etc etc etc. It doesn't take much to become an inflationary issue WITHOUT adding more money to the economy.

If your goods are in short supply, then there's also higher demand for each individual part, driving up costs.. it becomes a vicious cycle until it cools down.

Pulse, that's supply, demand and price gouging, simple yes, but I'm not arguing with what you're saying, you're not addressing the fact there's a massive amount of new money in the system that's not being withdrawn. I don't even come across talk of the interest paid on those government bonds bought with it being cancelled, or used to pay down debt... nothing.

I don't know if changes in governments will change the path nations are on (here in Australia the new parliament is launching a much needed review of how our reserve bank works (direct investing new money in the stock market to fund sovereign wealth funds will be far better than lending it to banks. Once again prohibiting our companies from raising funds from abroad will also repair a fragility a former parliament built into the system).

Supply, demand and price gouging; yes. However that all contributes to inflationary pressure, when every component of everything has gone up 50% in price because of shipping, because of fuel, because of price gouging.. that leads to upwards inflation at a massive rate. The world hasn't kept up with demand for more than 2 years now. It's not Russia invading Ukraine that's the problem (though speculative markets around oil and food haven't been helped by it); it's been going this way since COVID lockdowns started, since governments everywhere started pumping the economy full of money to keep it afloat. Unfortunately, it looks like most pumped too hard and for too long.

What new money is being pumped into the system without being withdrawn? What's the source of it?

Pulse: "What new money is being pumped into the system without being withdrawn? What's the source of it?"

Quantitative Easing. Central banks. And I forgot to mention underlying inflation earlier. I haven't heard that term for a while.

Just do what about half of my idiot countrymen do, blame President Biden.
Anon Report This Comment
Date: June 25, 2022 05:25AM

Possibly you're affected by this: [www.plus613.net]. People said in the 1990's the technique was coming and I didn't realise what they meant. In fact I only comprehended when I saw that image recently.

Washington first demanded free trade, then free flow of money across borders, then sprung 'Quantitative easing' on everyone like a trap (wealth lost to inflation doesn't disappear, it's transferred to whomever has the new money - it's a wealth transfer). It doesn't matter what political party in that country Charles Dickens described so well: "A swindle", the same plan is followed - Trump was just a suspension. I don't care about your politics but I did notice his enemies, and I don't mean those protesting in the street, but coiffured in suits and dresses.

It's called The Catillion Effect, in short, dump enough new money in the system and income paying assets will go up in price, lowering dividends, without causing inflation, but putting those assets out of reach of the many. But 'your countrymen' are so dumb these 'elite' imagine this will pervert the judgements of courts and the content of sermons to suit the wealthiest. There's no proof it will. They just imagine it will, as so many dumb yanks imagine hunting is better than farming (acre for acre, farming is more productive).

Capitalism is reverting back to a form of feudalism.
Anon Report This Comment
Date: June 26, 2022 03:54AM

Quasi, there's nothing natural or inevitable about it. An experiment was tried in Australia, to force the banks to increase their cash reserves instead of increasing interest rates. It was:

Look at it either way, but the technique worked.

During a downturn the extra money can be 'released', half to the bank (I recommend paying down and off completely derivatives - the money is bank shareholders funds - and using depositor's funds), the other half to the central government, who, pay down debt with it, and use a third of the saved interest to continue paying it down, until they are out of debt completely.

Understand this: there is absolutely no need for the coming mass of foreclosures (and subsequent renting, what you're alluding to?). There is need for an Australian style regulator of banks who can issue the orders as before. Yes, it will impact bank dividends. Diddums. And I'm a bank shareholder.