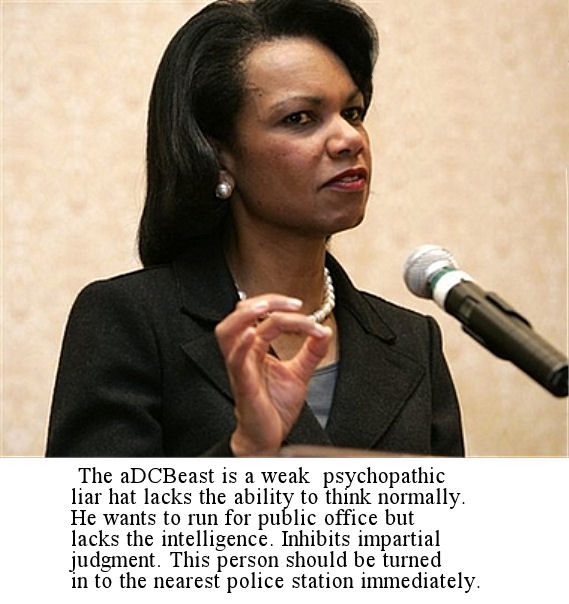 Did you try to stifle dissent by colonists in the 1760s?

Tar and feather this anoymous pussy.

its funny that person just described George W. bush for me...!!!
dont worry about it beast, i know that your nothing like that, sometimes when you speak the truth people turn agaisnt you cause they are much happy to live the lie than to accept the truth.

you have my vote beast.

get me in office (however yall do that, i don't know how that part works)
i'll legalise prostitution and drugs
i'll get nikki to ban walmart
and i'll get real drunk too
that would be cool

Time to fire up the doobs .... uh, I mean the campaign :>P I'd party with ya in the Oval Office buddy !! What a wild assed victory celebration that'd be huh dude ?

They just had an election in Sweden, and the Pirate Party ran some candidates. We should have something like that. Vote 1 shaDEz for Pirates!
Anonymous Report This Comment
Date: October 03, 2006 04:22PM

What is a liar hat? Is that like a cat in a hat?
"Inhibits impartial judgement" isn´t even a sentence. If you are going to attack the beast at least spend the time spellchecking and punctuating properly. Something like this would have been nice: aDCBeast is a weak, psychopathic liar =who= lacks the ability to think abnormally. He would like to run for pubic orifice but lacks the intleliwence, etfuckingcetera.
Anonymous Report This Comment
Date: October 03, 2006 05:41PM

I'm amazed nobody has added a dick between her two fingers.
shaDEz Report This Comment
Date: October 03, 2006 06:59PM

fuck yeah that be hella victory party whores all in the oval office fuckin' bong water stinkin' up the carpets
i'd repaint the white house to green
what ya wanna be in charge of k?

But before Shadez, I'd vote for Utah Philips.
Here's his statement:

"Mark Twain said, 'Those of you who are inclined to worry have the widest selection in history.' Why complain? Try to do something about it - you know, it's [been] goin' on nine months now, since I decided that I was gonna declare that I am a candidate for the presidency of the United States. Oh yes, I'm going to run.

Shopped around for a party. Well, I looked at the Republicans. Decided talking to a conservative is like talking to your refridgerator. You know, the light goes on, the light goes off, it's not gonna do anything that isn't built into it. But I'm gonna talk to a conservative any more than I talk to my damn refridgerator. Working for the Democratic party, now, that's kind of like
rearranging the deck chairs on the Titanic.

So I created my own party: it's called the *Sloth and Indolence Party* . I'm running as an anarchist candidate in the best sense of that word. I've studied the presidency carefully. I have seen that our best presidents were the do-nothing presidents: Millard Fillmore, Warren G. Harding. When you have a president who does things we are all in serious trouble. If he does anything at all: if he gets up at night to go to the bathroom, somehow, mystically, trouble will ensue.

I guarantee that if I am elected, I will take over the White House, hang out, shoot pool, scratch my ass, and not do a damn thing.

Which is to say: if you want something done, don't come to me do it for you, you gotta get together and figure out how to do it yourselves.
Is that a deal?"

shaDEz you shound like a former president....Billy Klinton. You would do great!!!
shaDEz Report This Comment
Date: October 03, 2006 08:44PM

sloth and indolence party... yeah now that sounds like a good party for me
Anonymous Report This Comment
Date: October 03, 2006 11:58PM

shaDEz I'd be proud to serve in your cabinet as Head of Hos and Psychodelia :>

Any decent pres needs his physical needs and "head" attended to properly and .... I'd see to it yourself and all our diplomatic guests were well taken care of on both fronts !

Diplomacy on American soil would take on a much more frolicsome attitude and foreign leaders would once more truly relish their time here !!!

shaDEz I want to be your Drug Czar, I will see to it that all people over 18 get free crack, LSD, heroin, any thing they want!!! all females over the age of 18 will have to show a pic of their snatch, all good looking babes must spend at least 1 hr under your desk in the Oval office sucking your big wang chung. Free durgs for all, free sex for all babes, all ugly chicks will be sterlized and sent to Canada. FREE DRUGS FOR ALL!!!shaDEz for PRESIDENT 2008!!!
aDCBeast Report This Comment
Date: October 06, 2006 02:27AM

You may not like me but I am right.