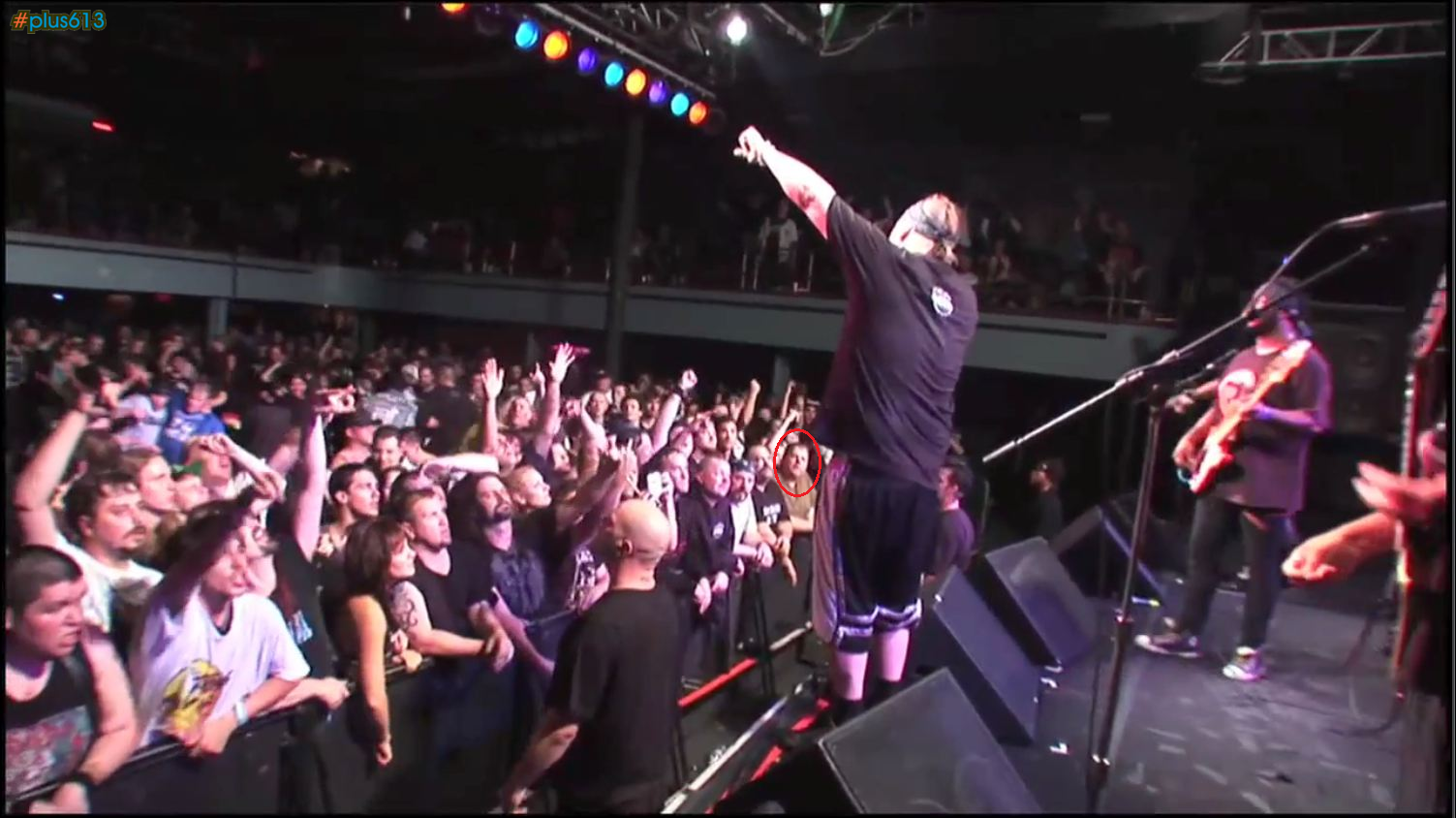 Betcha ya got ur ass whipped in the pit!

Is that you way up in the balcony?

Ah yessss, thanks lando. Pretty cool that there's a fellow Metalhead on this site.

pj...caught static x several years back at earthbirthday in orlando.If ya haven't seen them yet do so,your in for one hell of a show!
SkullandChains Report This Comment
Date: October 22, 2010 09:16PM

I haven't seen them in concert, but will look them up on YouTube.
woberto Report This Comment
Date: October 23, 2010 05:51AM

A heavy metal music fan could face six months in jail over an allegedly offensive T-shirt.
Alexsei Vladmir Nikola, 34, was due to appear in court this morning on public nuisance charges after Brisbane police officers allegedly saw him wearing the shirt on George Street on May 6.
The shirt allegedly featured the words "Jesus is a c---" in large letters and shows a picture of a semi-naked, masturbating nun.
The fashion item is believed to be merchandise of the gothic-metal band Cradle of Filth.
The English band have a reputation for provocative and elaborate concerts and feature band members in corpse-like make up.
Mr Nikola, of Runcorn in Brisbane's south, was due to appear in Brisbane Magistrates Court today but his case was adjourned in his absence.
He has not yet entered a plea to the charge.
The offence of public nuisance is characterised by behaviour that interferes, or is likely to interfere with the peaceful passage through, or enjoyment of, a public place by a member of the public.
The charge carries a maximum fine of $1000 or six months' jail.
Mr Nikola's case has been adjourned to October 14.