Especially For Our Aviators 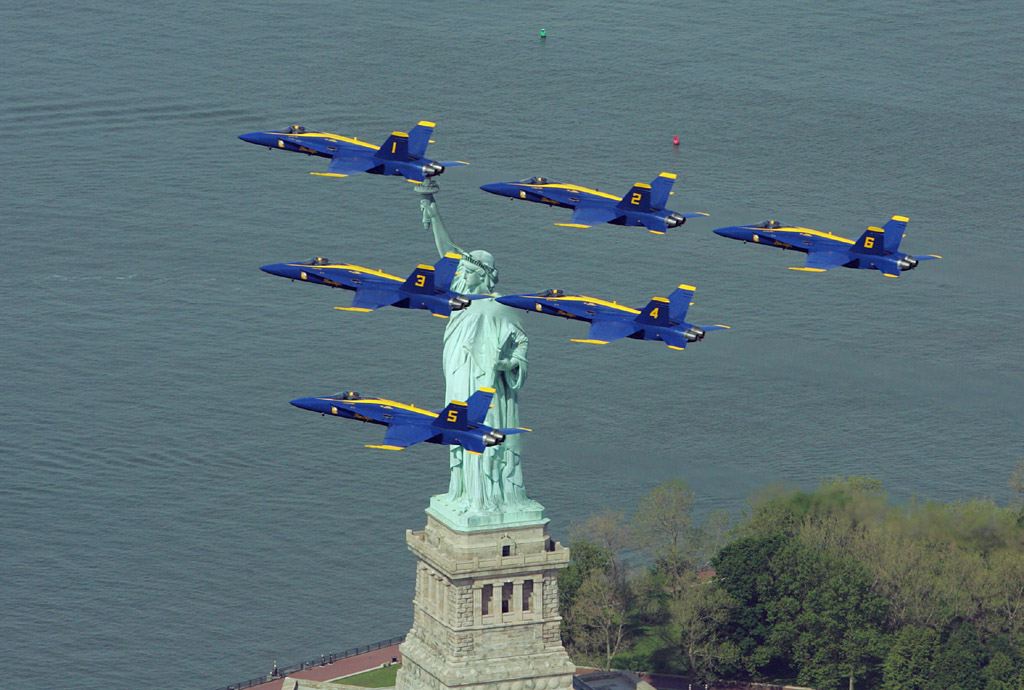 Comments for: Especially For Our Aviators
Mrkim Report This Comment
Date: August 18, 2007 03:50AM

I was invited to an airshow party at a friend's farmhouse which was across the fence at the end of the runway at the Hillsboro airport.

The Blue Angels were flying that day. We're barbequeing some hamburgers on the grill, drinking some brew, and eating strawberry shortcake while the F-18's jetwash was blowing shit everywhere.

My dad took me when i was a kid to one of their shows...great show btw

I used to live about 1/2 mile off the flightline for a NAS here and the Blue Angels performed there from time to time. We'd go up to where a buncha streets had been cleared of their houses and all the property fenced off because it was located in the landing path for the base.

Anyway, we were sittin there watchin and a jet did a low level fly by haulin ass and since trees blocked the incoming view the sucker was right over our heads before I even noticed him, since the soundwave was well behind him, 'bout scared the shit outta me and then the soundwave hit us .... woooohooooo ! Then another one did the 45 degree angled stall slow fly by manuever right over us later in the show as he approached the base which was equally impressive !

A cuppla years later the Thunderbirds were there and I watched their show from a hilltop about 2 miles from the base and could see every manuever much better. It was a wicked show !!!