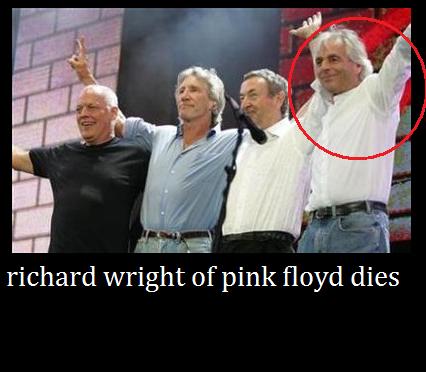 LONDON (Sept. 15) - Richard Wright, a founding member of the rock group Pink Floyd, died Monday. He was 65.
Pink Floyd's spokesman Doug Wright, who is not related to the artist, said Wright died after a battle with cancer at his home in Britain. He says the band member's family did not want to give more details about his death.
Placelowerplace Report This Comment
Date: September 15, 2008 09:37PM

Mine would be either Dark Side or The Wall.