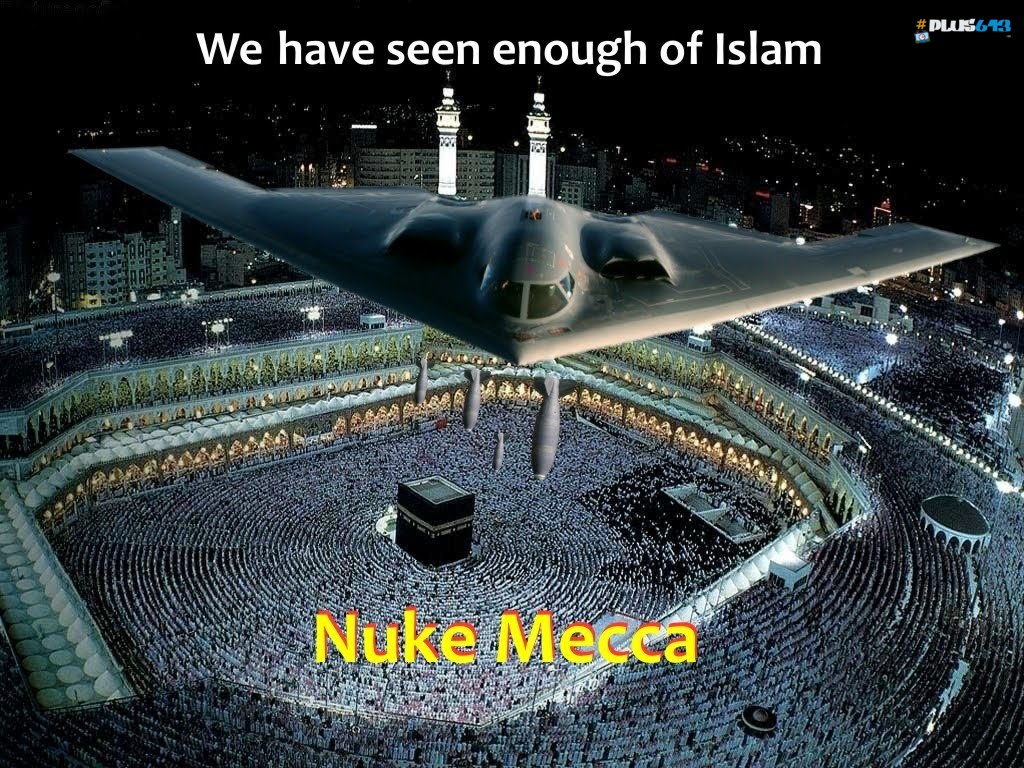 Ah fuck you. I'm more tired of seeing asswipes like you bitch about things they don't have clue about. Those aren't nukes anyway; it wouldn't take four of them.

sooner or later something will have to be done about Islam. Years ago there was reason why the crusades started. If nothing is done about the radicals in the Islamic religion they will spread to the moderates. One bad apple will spoil the whole barrel.
Abdel Fatah Abdalla Report This Comment
Date: November 30, 2021 05:17PM

Sounds like Modern Crusader! if someone Nuke the Kaaba We will Nuke You with Your Own Nukes!
Anon Report This Comment
Date: December 07, 2021 12:57AM

Everyone should get their terms right: crusaders were catholic, the Vatican's soldiers and, as seen with the crusade that attacked Constantinople, where the Orthodox government had executed 80 000 catholics for interference in political affairs, it was about Vatican power rather than Christ/Mohammed.

As for bombing Mecca, what do you think Washington, facing defeat and with its back to the wall, will do? Of course they will blow up Mecca.