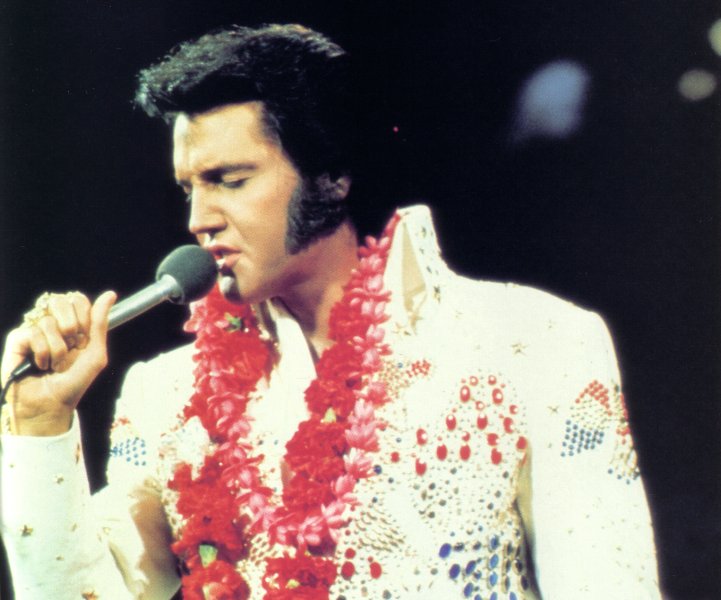 There will always be great performers throughout time, but no one will ever come close to this man. He was unique.
Anonymous Report This Comment
Date: April 21, 2005 04:02PM

he sucked. The only other options you had at the time were some polka band....of course everyone would like him. let him die and move on to newer musicians that are much better than this guy ever was.
fossil_digger Report This Comment
Date: April 22, 2005 01:17AM

95% of Elvis' songs were written by and bought from other (just as talented) musicians. And on average, 50% of songs that he sang when performing live, were covers........Ok, so he was given the label "the king of rock n' roll", but everyone here is forgetting, is that he did not make it to the top by himself. Unfortunately, the colonel was a scammer, but Elvis would not of been a hit if it wasn't for him and countless others who were constantly writing and composing new material for him. Did you ever see that footage of him playing live in one of his last live performances? He was playing piano with one of his assistants standing next to him holding the mic as he sang Star Bangled Banner. He could hardly breath let alone sing! Oh....and the piano was pre recorded, Elvis couldn't even fake it let alone play it. Is that what it takes to become the king of rock n' roll? Is that what you have to do to be known as a legend? To fuck up your own life and the lives of those around you? I don't think so. Jerry Lee Lewis was given the crown, the media got hold of him and as a result, he fucked up and his career was destroyed. Elvis fucked up just the same but the media were able to turn his mistakes into a goldmine. At least Jerry Lee Lewis wrote his own songs.
Boneless_Sausage Report This Comment
Date: June 22, 2005 02:28PM

Who cares, the only original guy in rock was Chuck Berry. Everyone else (Elvis included) are just ripping him off.