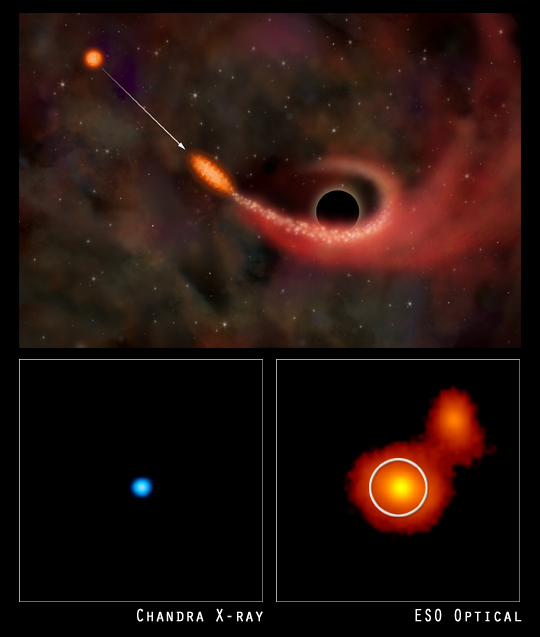 The accompanying illustration (top) depicts how such an event may have occurred. A close encounter with another star put the doomed star (orange circle) on a path that took it near a supermassive black hole. The enormous gravity of the giant black hole stretched the star until it was torn apart. Because of the momentum and energy of the accretion process, only a few percent of the disrupted star's mass (indicated by the white stream) was swallowed by the black hole, while the rest of was flung away into the surrounding galaxy.
ha ha man Report This Comment
Date: May 11, 2004 02:49AM