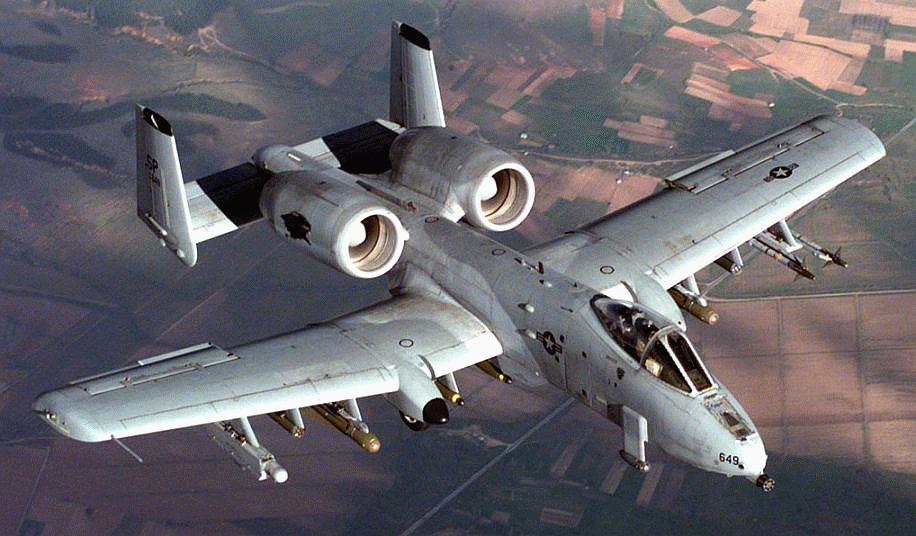 The "Wart Hog" is what it's affectionately called by the crews that fly and maintain them...because of its ungainly appearance. Officially, it's the Fairchild A-10 Thunderbolt II.
Anonymous Report This Comment
Date: September 29, 2005 01:38AM

she is the pertiest little squeeler i did see!
Anonymous Report This Comment
Date: September 29, 2005 04:14AM

Ippy doopy jo jo poo, cow named fat now how's about you. Go go koko nut grab that slut and pop it right open, till it bleeds like fuck till your mama comes home, with that dog on the snow cone and round about now, it re-hash the laughing clown, pow wow pow wow! Cometh the age of the rotting timber log, here she comes and there she goes, the almighty A-10 Warthog!
Anonymous Report This Comment
Date: September 29, 2005 12:58PM

Excellent aircraft - criminally insane depleted uranium ammunition. It may kill tanks effectively, but the depleted uranium ammunition used just ends up poisoning the very country and people you are trying to save, for millions of years. Short-sited military solution from idiot politicians who couldn't give a shit about the short or long term health of humanity. Worse than spreading thousands of landmines about, worse than spraying a whole country with agent orange - depleted uranium ammunition is the equivalent of sliding a silent nuke under the fence. In fact, it is just like the so-called terrorists' "dirty bomb" the west is so sure they are saving the world from. I am not saying we shouldn't stop terrorists and take out murderers like Saddam, but what is the point of spreading radioactivity throughout the very country you are trying to save? Depleted Uranium Ammunition has to be stopped. If you think I am making this all up, do some research.
Anonymous Report This Comment
Date: September 29, 2005 04:04PM

I know you spaek the truth, 9642. The very name
"depleted" is a criminal misnomer. It is only
"depleted" in terms of viability as nuclear fuel.
It still "glows in the dark" and creates cancer.
Hopefully these facts will at least see the light
of day thru "Project Censored", as the rest of
the US media has again fallen-down on the job.
The A10 is a cool plane, if Death-Dealers can be
called "cool", they can fly surprisingly slow.

some just need to die a faster and more horrific death than others.....you know who you are.....dont make me point