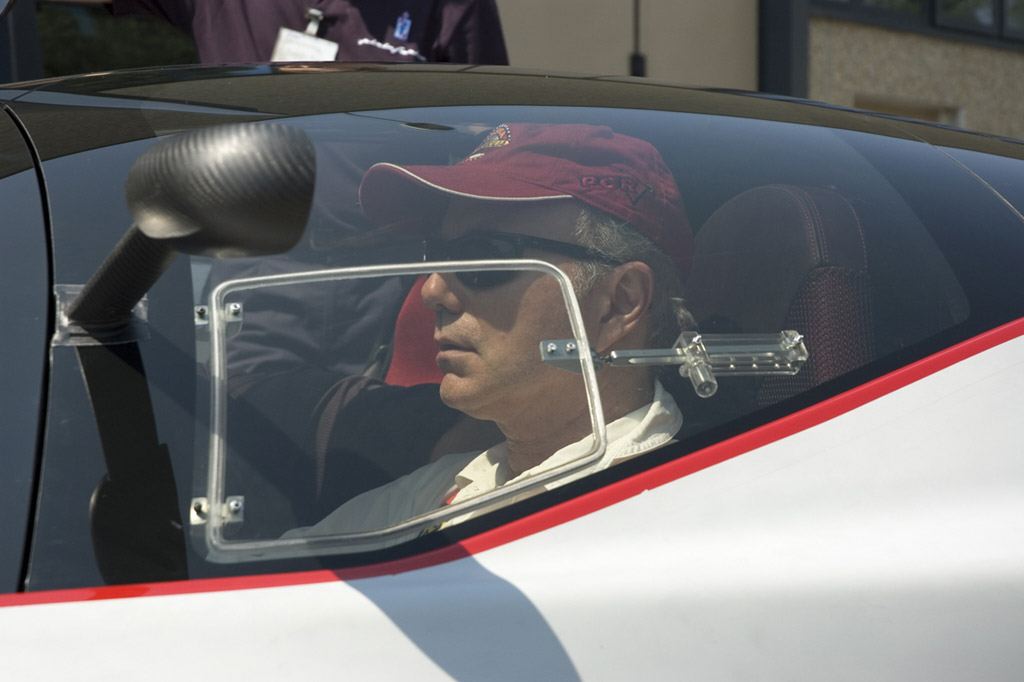 Finally, the world has real pictures of the newest Ferrari supercar. Up until five minutes ago, there was only a myriad of concept sketches, photoshops and images of wooden bucks to go by, so we held this feature back until the definitive articles arrived.
What these images reveal are a seriously dedicated project by James Glickenhaus and Pininfarina to come up with a one-off Ferrari that is both exotic and usable. Included are behind the scenes shots and one in particular that makes the impressive Pininfarina wind tunnel look better than it ever has.
For anyone wanting to catch a glimpse of the Ferrari P4/5 in person, it will make a debut at the Pebble Beach Concours in a few weeks and also be revealed to the international press at the Paris Motor Show.

Commissioned by New York Ferrari collector James Glickenhaus and built on the mechanicals of the exclusive Ferrari Enzo supercar, the P4/5 is a unique one-off automobile that rekindles Pininfarina’s storied tradition as the premier creator of bespoke carrozzeria.