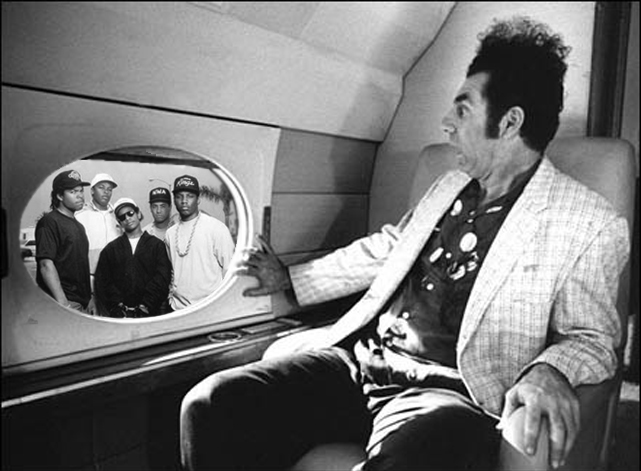 Comments for: I just love Kramer
Anonymous Report This Comment
Date: November 22, 2006 02:01AM

I can't believe it, a news station (CNN) just reporting a story, the whole story is about the word "NIGGER" and they say nothing but "the N word" through the whole thing, nothing to do with reality but I could walk down the street screaming "SIEG HEIL" and that would be freedom of speech, the N's may not get it but it's this silly social correctness that keeps them down..... and by the way, this is their favorite word, no, it's not any different, whitey can't even say it on a news program, but they can scream it out twenty times a day every day of their lives, what a joke. A new word needs to be made up so that "the N word" will get to be old school only. If you never let people speak openly then they're going to hold it inside, then it will just boil, who knows where it will pop out and how hard, also you'll never see it coming.
alterego Report This Comment
Date: November 24, 2006 12:21AM

If I wanted to abuse a black person I would probably call them a nigger. I mean, if your gonna be abusive, why hold back? But what this guy said went way too far, he really lost his cool and should've handled it a lot better.
alterego Report This Comment
Date: November 30, 2006 09:06AM