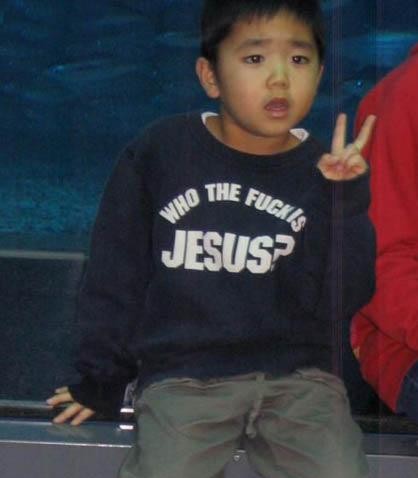 so is this similar to when Anglos who don't know Chinese buy shirts with Chinese characters on them?
Mint Report This Comment
Date: January 19, 2007 06:49AM

pretty much. or run around with tatoos that say "Idiot" but they THINK it says something cool
quasi Report This Comment
Date: January 20, 2007 12:53AM

I happened to find my way to a Chinese chemical company website recently (long story) and when I got to the English speaking part of the site, the song "Silent Night" began playing, no words, just music. It was a surreal moment for me, this song that comes from the very heart of Christianity coming from a company in communist China. I have to wonder if they know what the song is about or if someone just picked it out because it was a nice sounding song from the west.