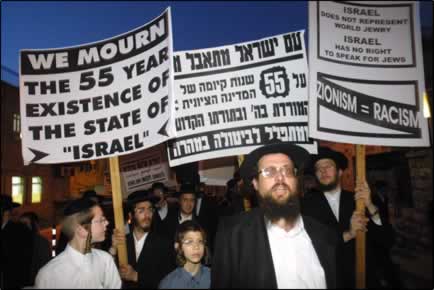 Noam Chomsky, MIT professor of modern languages and linguistics and political radical who, in books like "Media control: the spectacular achievements of propaganda" and "Manufacturing consent: the political economy" of the mass media has been a significant media critic ("Any dictator would admire the uniformity and obedience of the U.S. media"

, has also written and lectured much against the horrendous political realities in the Middle East—and Zionism's role in creating them. In his book "Fateful Triangle: The United States, Israel and the Palestinians", Chomsky decries the double standard of the controlled news media in reporting the conflict, with the Israelis always portrayed as morally upright victims, but the Palestinians as fanatical killers:

"The contrast is clear enough in journalism and scholarship, and it is also familiar in standard media fare, where the Arab terrorist is routinely contrasted with the heroic Israeli. It would, for example, be inconceivable for a TV drama to portray an Israeli or Jewish character in the manner of the standard Arab villain, despite the ample record of Israeli terrorism over many years, effectively concealed in the United States."
-Noam Chomsky

Don't just browse, dig in, check the facts, ask yourself some questions....

"We can say we can't possibly get the Congress to support a (Israeli) program like this. And they say don't worry about the Congress. We will take care of the Congress. This is somebody from another country, but they can do it. They own, you know, the banks in this country, the newspapers. Just look at where the Jewish money is." — (General George S. Brown, former Chairman of the Joint Chiefs of Staff)

The first thing people start spitting out is "anti-semitic", "Nazi", (Propaganda), get a Jew kid on some alcohol and he starts spitting some stuff out that he was brought up with on a daily basis, he already knows he is "better than everyone else", including lowly gentiles like the guy he starts telling off. That is what they're taught...
[www.liveleak.com]

Even Jimmy Carter speaks out about how things are, Carter Enters Lions’ Den
Despite criticism, his book is work of a true patriot

I wouldn't listen to anything coming from a former KKK member like David Duke.
Anonymous Report This Comment
Date: February 15, 2007 06:07PM

Or from the biggest pussy J. Carter