What I did on my vacation 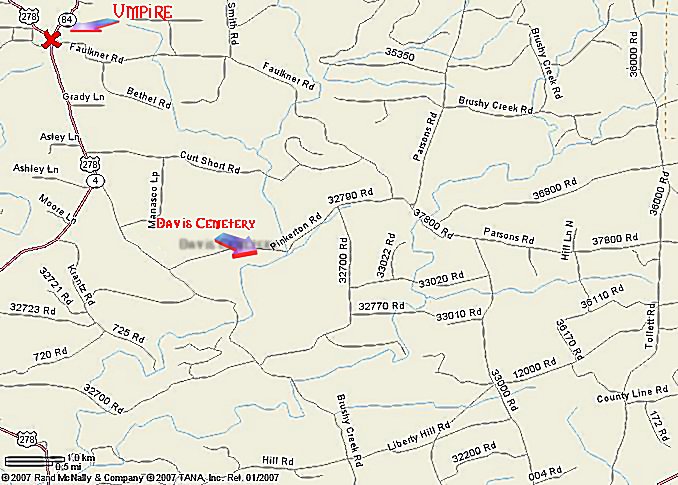 Comments for: What I did on my vacation
Tribucian Report This Comment
Date: January 07, 2008 04:14AM

Once upon a time, I googled my real name on the internet. Come on! We've all done it, or at least considered it.

Anyway, my name is rather unusual, so I only got a page of hits. Most were either about discussion of satirical editorials I wrote to my university paper, or listing me as surviving my father in his obituary. However, there was one which was different.

It was a catalog of names from a small cemetery (about two acres) in rural south-west Arkansas. Apparently there was a woman with the same name as me who died three and one half years to the day before I was born.

So recently (just before Halloween of course) I had the opportunity to visit my own grave. Mind you, this was not just a tombstone --although I have some acquaintances who have their stones already engraved but for the end-date. This was the real thing.

Was it strange? Yes, and it was kind of eerie in a macabre way. It certainly gave me insight into my own immortality (metaphorically speaking of course

"The project to upgrade highway 27B is capitalized at VND 195.422 billion. With the total length of 52.661 km of road from Ninh Son district in Ninh Thuan province to Cam Ranh area, Khanh Hoa province."

Uh .... I'm sure a Davis Cemetery would be common on Pinkertron Rd. in Viet Nam, so I see the room for confusion