officer down! down on a turkey leg 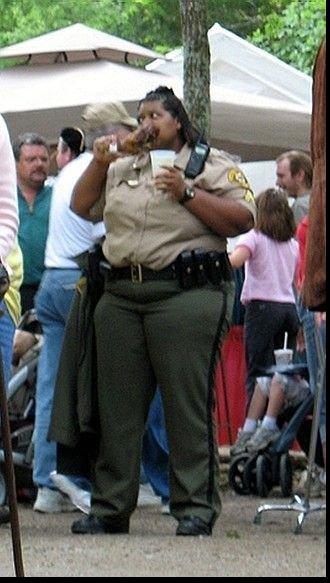 Comments for: officer down! down on a turkey leg
FrostedApe Report This Comment
Date: September 20, 2008 08:09PM

obviously from the south. no self esteem or respect down there. this coon just has her job through affirmative action.

thank god for the sickle cell

F U yank. 'Round these parts here, her superiors would have said something 100lbs. ago. I'm shure they wouldn't go for that soda in one hand turkey leg in the other shit either.
zxz555 Report This Comment
Date: September 21, 2008 09:26AM

i can just imagine some cocky teenager coming up to her and saying "I just robbed someone, and what the fuck are you gonna do, run after me?"
shaDEz Report This Comment
Date: September 21, 2008 08:23PM

A bit harsh on them Southerners, PW.

They are some of the nicest, friendliest, most generous folk around. I once had a battery on my Yamaha short out a couple of cells in Roan Mountain Tennessee, and waited by the side of the road for just 20 minutes before some locals came by and helped get my bike picked up and trailered to a shop. Meanwhile, they shared their dinner and coffee with me, a total stranger.

This pic could be from anywhere. I've seen some portly Portland police (heh. I made a funny) here in Oregon, but nothing with the girth and flab of this monstrosity.

Munching down on a teradactyl leg and guzzling a diet barrel of soda in public doesn't help the image of professionalism most law enforcement agencies would like to convey, either.