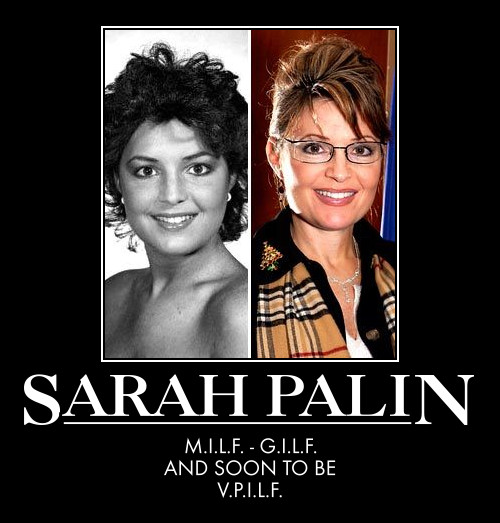 my my, how Amerikkka disgusts me... and it wasn't that long ago that I too was conditioned in this way... well not quite as far as to support in any way whatsoever any president or potential candidate... I have always despised your bourgeois democracy and your elections that resemble a professional wrestling match. I guess it is true that Americans are trash, rednecks... that pay to rape their own sisters

pure garbage, get fuck off my planet!

After what Bush and the Republicans have done to your country, e.g. taken you into a war based on lies, Dragged the good name of your country and what it use to represent to the rest of the world into the mud, to the point you are now considered just as an equal threat to world peace and the environment (to add that) as countries such as Iran, Nth Korea, China. And now have virtually bankrupted your economy you are still considering voting this party and everything they represent back in. God help you and god help the rest of us!
shaDEz Report This Comment
Date: September 23, 2008 02:51AM

"Dragged the good name of your country and what it use to represent to the rest of the world into the mud,..."
And when was this? The world has always hated the US. Not for no reason either...
The USA was founded on genocide and slavery... it truley was built on the model of Greece and Rome. And in addition to oppressing its own people, once the accumulation of capital began to reach the stage of imperialism by the end of the 19th century, it has oppressed other nations from all four corners of the globe. And when people from those oppressed nations dared to stand up they were massacred by the millions... and tortured. The US has been practicing waterboarding for over hundred years before the installment of the Bush Regime...