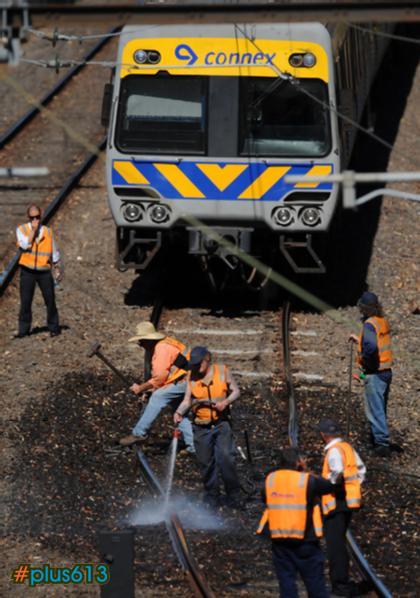 I do hope that's stated tongue in cheek. When it gets that hot here you can almost hear the trees whistlin for the dogs to bring 'em a drink

Unfortunately not. We've got a lot of problems with the tracks melting and bending, and the air conditioning isn't rated for above 33 degrees C so they all fail too. Yesterday was 43 degrees, day before 39, today will be 43, tomorrow 43... and a cool 35 on Saturday.

we had our ice storm for the year last night. my car was 1/2 inch thick totally covered. everything melted off and it's sunny now/45.....good 'ole Texas weather!

Sometimes we get a few hail stones.. it's pretty rare and they're usually tiny.

But then again it hasn't rained for at least 6-7 weeks here, not a single drop. We've been in a drought for years and years (decades really). And we've got bush fires going.

So it's hot, the state is on fire and we have no water.

Round here if we go 3 weeks without rain the farmers think we are having a drought! But we don't get snow here in winter, although there are ski fields only 2.5hrs drive away!

yak: fields are flat.....slopes are traversable.

Mount Ruapehu looks like they have a buncha nice blacks, doubles, and a cool headwall