Waiting for the Worms 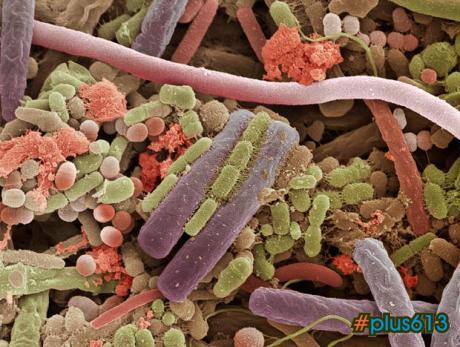 
This week the Wellcome Collection is putting on a filthy exhibition. It celebrates dirt in all its variety and our attempts to keep it at bay. Just a few hundred yards from its miscellany of objects once towered the dust heaps of Kings Cross, scene of Dickens’s Our Mutual Friend and a reminder of the capital’s proud boast, as revealed by a recent poll, to be the dirtiest city in Europe. We could soon win another plaudit. My own office is across the street from the Wellcome. I have been cleaning it out and have left each day black with filth from the tiny (and noxious) particles that belch from lorry exhausts on Euston Road and which, unless a plan to control them emerges soon from the Mayor, may merit a huge fine from Brussels.

Dirt, it is generally agreed, is a Bad Thing, and the exhibition has striking images of London’s once-polluted water and of the obsessive attempts by the Dutch and the Germans (but less so the British) to keep their houses clean. It shows how sewage, the dirtiest dirt of all, has a sordid attraction of its own. Its curators follow in the steps of the Italian artist Pierre Manzoni who in 1961 produced his greatest work, 90 tins of Merde d’Artiste, sold for their weight in gold. Some are now leaking but are still treasured by aesthetes.

That may seem repellent, but without their contents, we would be in deep – what’s the word? – trouble. Every reader of this column is less human than they were on the day they were born. They emerged sterile into the world but, within minutes, were invaded by billions of bacteria. Those creatures still pass through in vast numbers. Each adult has ten times as many in their guts as they have cells of their own. Billions more live in the nooks and crannies of the skin, the mouth and elsewhere. We bear a kilogram’s worth of internal aliens. Every assembly is as unique as a fingerprint (and has been used by the police to see whose hands have been on a computer keyboard).

There are rules about who lives where. The forehead supports a community distinct from the arm, and the leg from the foot. Mouth and stomach are distinct and each has fewer types of bacterium than do other sites (for some reason, the back of the knee is particularly diverse).

Such creatures are a forgotten organ, as essential as the liver. In the large intestine, they break down indigestible plant tissues for their own use – and make soluble chemicals soaked up by our guts. They also destroy harmful bacteria. Their chemical signals help the gut to develop and prime the immune system. Germ-free mice do not thrive: their immune system is feeble, their bowels do not move as they should, and they are generally unhealthy. Such animals are also anxious and obsessive. Our internal bacteria make plenty of the nerve transmitters associated with mood, and inner filthiness may even play a part in keeping us cheerful.

The developed world is in the midst of an attack of conditions in which the body’s defences fail to respond properly to external enemies. They include allergies, multiple sclerosis, juvenile onset diabetes and irritable bowel syndrome, in all which the immune system turns upon itself.

Too much hygiene can be harmful. Children from affluent families without a dog, living in cities rather than the country, who stay home rather than going to nursery are shielded from infection – and are more likely to suffer from such diseases.

In the same way chickenpox and measles are less frequent among African children infected with hookworms than among their cleaner peers. The presence of parasites has improved the efficiency of the immune system. That mechanism – like the brain – needs to be educated.

Infection involves a complex conversation between parasite and hosts, as each adapts to the other. Viruses, such as that for hepatitis A (a food and water-borne disease that has little effect on most people), are particularly effective. Antibodies against it were carried by almost all British children 50 years ago, but the proportion has dropped to one in four. The immune system is learning less than it did.

A little judicious dirt might even help to fend off such illnesses. Inflammatory bowel disease is treated with steroids but some say that, a refreshing drink based on the eggs of an intestinal worm from pigs is just as effective. A revulsion against that has led to the search for the worms’ chemical signals of identity to prime the immune system instead. On the way out of the exhibition, do not wash your hands, please.