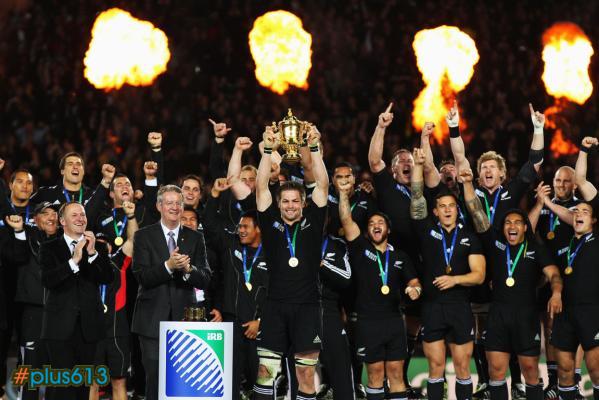 No choking by the AB's 'berto.

Yeah it was a pretty good game too!
Until the last 5 minutes of poor sportsmanship by the Kiwis.
But that's how you defend a 1 point lead, like it or not.

It wasn't attractive rugby, but it was an enthralling game due to how close it was and what was riding on it. We just now need to win it away from home. Hopefully it wont be another 24 years.
ORLANDO399 Report This Comment
Date: October 27, 2011 07:02PM

Watched some rugby the other day,those guys are nutts!Still can't determine if rugby or american football is more rougher.Yes rugby players don't wear pads but they dont have 350lb lineman with 4.5 speed chasing them either!
GAK67 Report This Comment
Date: October 27, 2011 09:29PM

I like gridiron but find it hard to follow.
It is 100% modified to be as explosive as possible, with specialist players for all possible scenarios.
IMHO it makes for great highlight reels but a slow game to watch.
But hey, I can watch 3 days of cricket before I get bored so it's all about what you are brought up with.