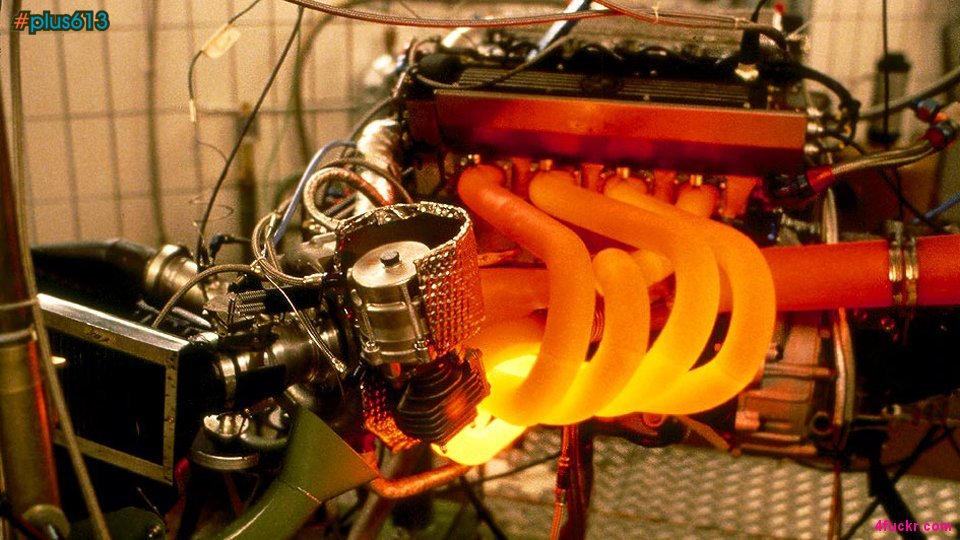 To anyone who's ever wondered why a turbo engine requires the best oil you can get .... this is why

That is a bit extreme and I'd say there's tuning issues involved but yeah, at wide open throttle in just a cuppla minutes they can get close to that kinda temps. It's hard to see in daylight but if you take a turbo car that's just come off a hard run and pop the hood in the dark it's not at all uncommon to find a nice orange glow radiating from the exhaust manny and exhaust housing on the turbo.

This is what lead to the popularity of the "turbo timers" which are simply programmable timers that allow the engine to run on at idle after the key's been turned off to give the turbo and other heat soaked parts more time to circulate oil and coolant to cool down more as opposed to just shuttin down the engine.

If you just shut down a turbo engine after a hard run it can easily cause the oil in the turbine housing to just sit there and be cooked to the point about all that's left is burnt residue inside the oil passageways which essentially leads to a mechanical version of hardening on the arteries as over time the passageways get more and more restricted, eventually cutting enough oil flow off to the turbine housing that the turbo fails from a lack of lubrication. Then, the next time you try and hit boost, this is what you get ....

I miss my Supra. Not that I'd drive one anymore, bit too 90s Jspec looking these days, but still.. she was a lot of fun.

I like the look of the Subaru BRZ/Toyota 86.. just wish they released a high performance version with a turbo, that'd be a fun car.

So many of todays cars can be had in such a wide array of performance packages it's amazing! And, unlike hot rods from my youth they can haul serious ass, corner like beasts and get MORE than the 6-8mpg that was common in those days

Definitely, but I don't want to rip apart a brand new car

I'm not that serious

I'm happy with factory performance, I just wish it was something they'd offer. What's with Subaru not doing an STI version of the BRZ?