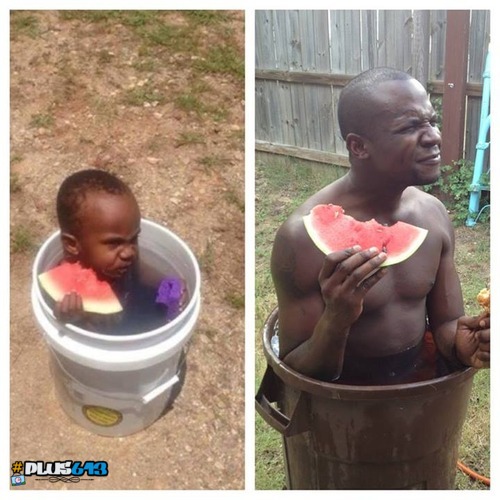 This shit is ridiculous and there is no amount of free-speech bullshit to justify it.
Nobody Report This Comment
Date: April 04, 2015 04:09AM

If it was the equivalent racist stereotyped bullshit, yes I would.
jgoins Report This Comment
Date: April 04, 2015 11:06AM

I'll admit the comment on the pick is racist but how can the pic be racist if the people in it posed for it?
BlahX3 Report This Comment
Date: April 04, 2015 11:59AM

Bullshit. It still makes no difference with this. It is probably photoshopped anyway but none of that crap is the point. The totality of the fact is that THIS was created and posted with express intent.
Mrkim Report This Comment
Date: April 05, 2015 03:02PM

More self proclaimed righteousness blah? Puhshaw .... say it iddn so

If I ever heard you siding against some type of censorship, instead of recommending it, now THAT would be a welcomed change.

Before you go spoutin the rules/TOS here, please remember another factor known as discretion of the mods/site owners, whose final say on such matters is that, the final say.

Seems as if (as usual) you're the only one whining about the image, and it having been up for several days now, the PTB here have similarly had their say by not having removed it.

Best be careful 'bout ridin on that high horse all the time dude. Just makes for a higher place to fall from ;>

the image title doesn't make sense ...and omg it says "nigga" <eye-rolling-smiley.gif>
when I saw this I thought it was one of those recreated scene photos...I think the kid in the bucket was put there by his mother on a hot summer day...they couldn't afford a swimming pool so she did what she could to let her kid cool off...and lordy lordy me oh my is that boy eating watermelon??? yeah...kids do that...they eat watermelon...now the pic on the right...I think it's the same dude all growed up and he found this picture of himself when he was little and decided to recreate it...people do that...recreate old photos...it's a thing...google it....
bottom line is...you think this is offensive? try to remember; you do not have the right to not be offended. if you don't like it, don't look at it.