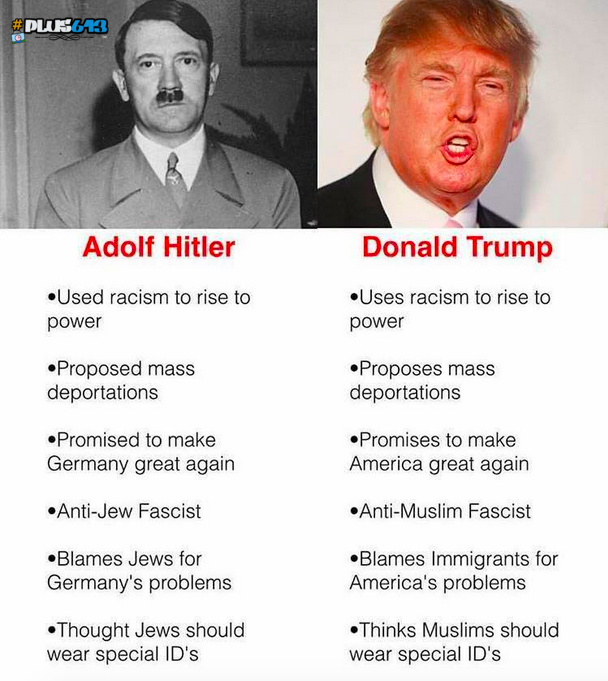 Loner, as it says on the home page this is one of the last truly free places on the internet so take your snowflake whining to Breitbart or wherever it is you go to see only what you want to see. One of the hallmarks of fascism is censorship and it appears that's what you're after so maybe this isn't the place for you.

comparing Schlump to Shitler is....comedy, transparent, or quite naive, i can't tell which.
what i can say is that anyone doing this failed history, or borrowed a dumb ass meme off of instadork meant to get clicks.
pulse Report This Comment
Date: July 29, 2019 01:47PM

Yeah, it's a ridiculous comparison.

Quasi, my only complaint is about false, and again I say false claims like the OP's. Anonymous could start by (actually not being anonymous) providing source material on "Muslims should wear special ID's", because there isn't even fact to twist on that one. AND I wasn't only talking about one side of this. The rest of the OP is straight up bullshit. And my suggestion was NOT censorship. That was a clear misnomer on your part. Maybe a different place other than "the cool picture site". There were probably a few good reasons why the porn stuff was split off. Probably legal reasons tipped the decision. I regard propaganda lies as kind of the snuff films of political speech. I don't see what good it does, ever! But in general the political stuff seems to ugly up the site, that's all. And I know that there is cost associated with, everything.

But your point is well taken about "free places".
Another hallmark of fascism is the Big Lie.
Your name calling is quasi-juvenile.

schlump does have the same charisma that Shitler had....ego-maniac, but that is a requirement for the job
fossil_digger Report This Comment
Date: July 29, 2019 02:18PM

John Carter is a good name for anonymous

so vote for Bernie instead? 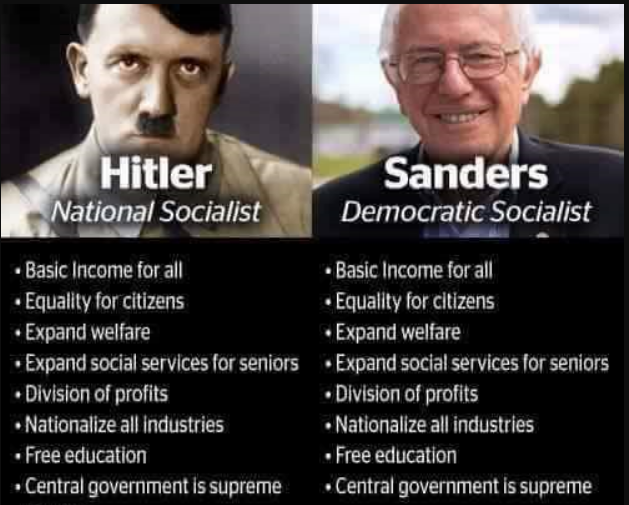 The original statements in the OP?

...then pick one and explain WHY it is true!

Or maybe the one above my reply, which I directly referenced in my response.
Loner Report This Comment
Date: July 31, 2019 08:27AM

So it is the Hitler/Sanders list that you agree with.