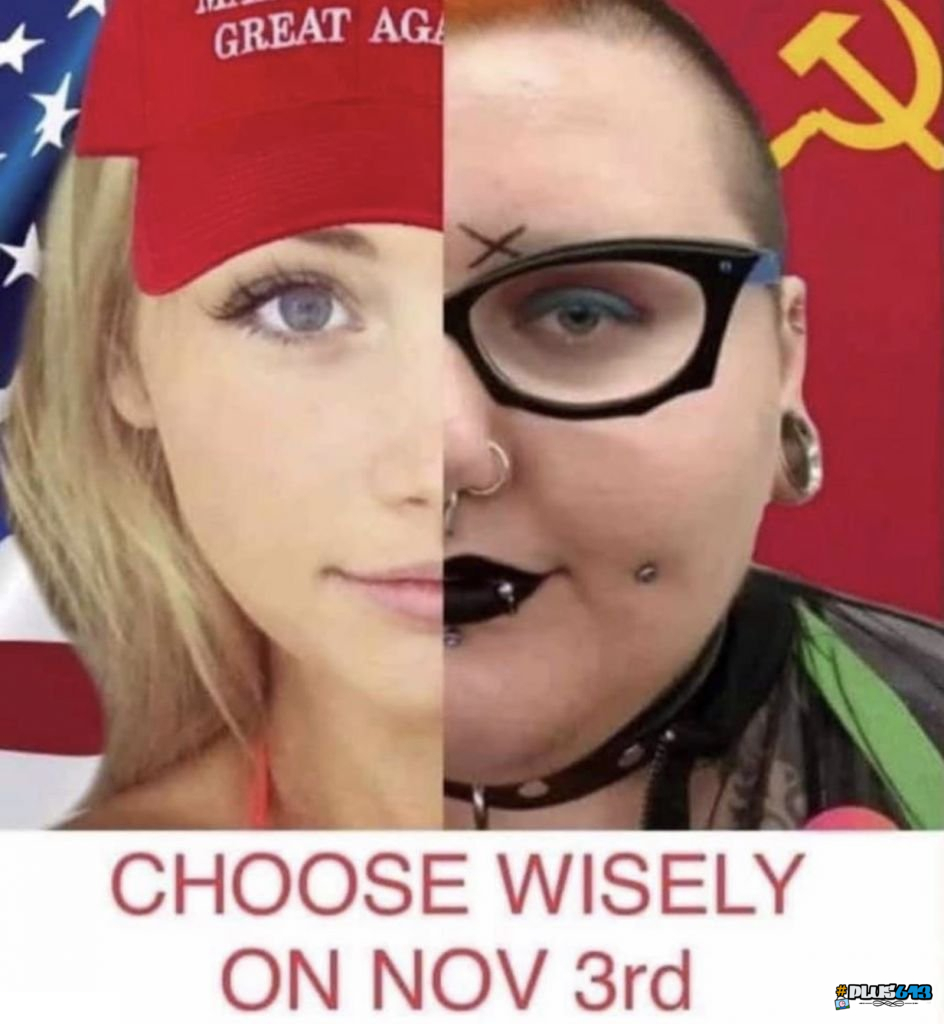 yeah, sorry, I vote based on candidate's histories and not what their supporters look like...
can we please stop attacking one another and just accept that not everyone thinks alike? There is no "winning team" in politics.
jgoins Report This Comment
Date: October 14, 2020 01:04PM

But there is a "winning team" in politics, it's the one who gets to control the White House.
pulse Report This Comment
Date: October 14, 2020 03:00PM

There's a lot of us here that realise that American politics has an impact on the rest of the world, but we don't care if all of America wins or loses. There's a lot more to this planet than a part of North America.

I'd say if the political powers in the US suddenly took a hard left turn, our economy suddenly imploded (promised MAJOR tax increases on personal and business interests), bring our economy to a screeching halt and all the $$ that's been flowin to damned near every country on the planet, stopped doing so, nearly EVERY country would feel the impact.

I get it, all politicians are in it for their own gain, I mean shit man, that's a given.

The difference here that so few seem to recognize is that President Trump is not, nor ever has been a politician.

Biden on the other hand has wined and dined at the public trough for 47 yrs now and honestly is nothing more than a figure (bobble) head for the Dem party and all their schemes.

There has never been a more stark differentiation between 2 candidates

"But there is a "winning team" in politics, it's the one who gets to control the White House"

Bullshit Bgoins..... When Obama got in, the Republicans still controlled the White House in the Senate and blocked
every bill that would have easily made America great again... But he couldn't. And because he couldn't, you blame him
for not doing his job? What a load of crap! Whoever controls the Senate controls the White House, therefore controlling America's destiny.

The "Corruption Circus" is on the Merry go round, again. Trump will win whether we like it or not because he is the world's biggest conman.

Well the dems controlled the house and blocks everything Trump tries to do so he used executive orders and the republican controlled senate and was succeeding in improving things until covid hit. If this election brings Trump back and also gives republicans control to the house and the senate we will see major changes around the entire world the next 4 years.
pulse Report This Comment
Date: October 17, 2020 09:49AM

When Trump wins in November the entire world will be flooded with alligator tears so get you towels ready
DarkKlown Report This Comment
Date: October 22, 2020 01:22AM

If you say Trump will win all the dems will flood the polls, you gotta play it cool and be like 'yah it's gonna be a landslide.. dems got this!' then those hippies will stay home and watch Trump take the top seat again..