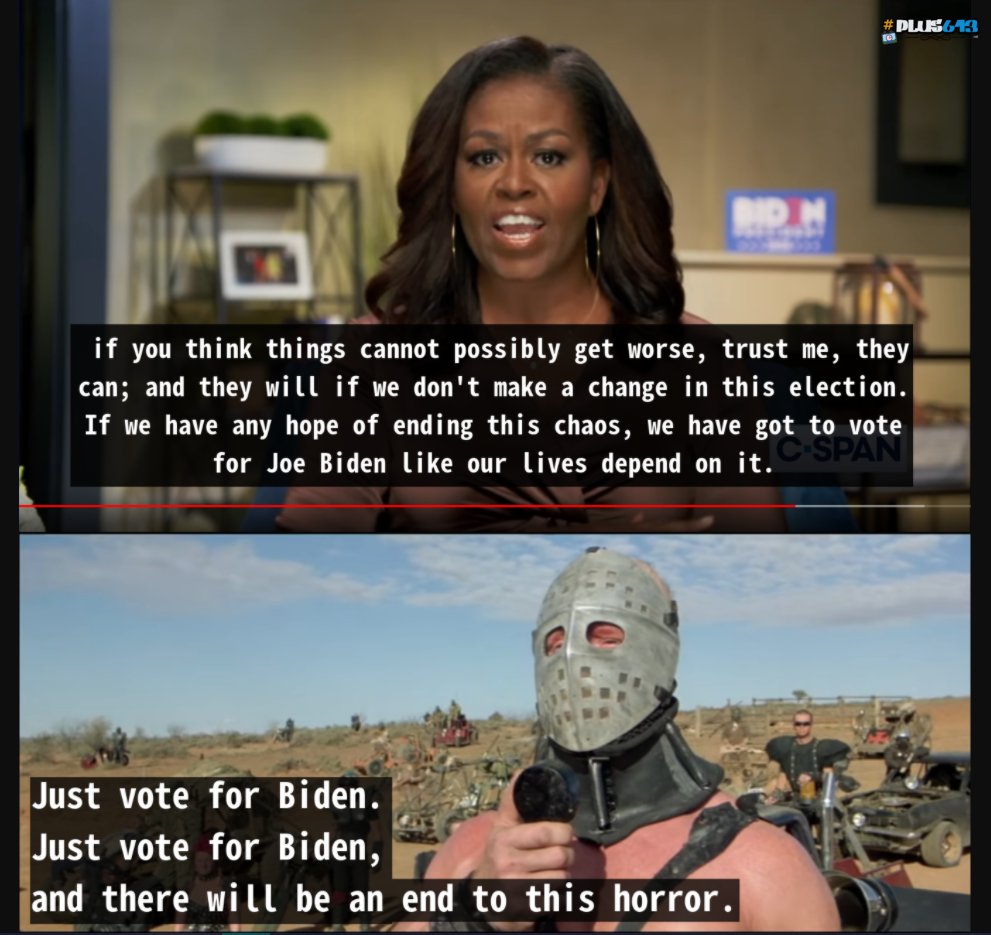 I want to see the statistics from the 2020 US ELection regarding women voter percentage.
I stand by this [www.plus613.net]
pro_junior Report This Comment
Date: November 20, 2020 05:27AM 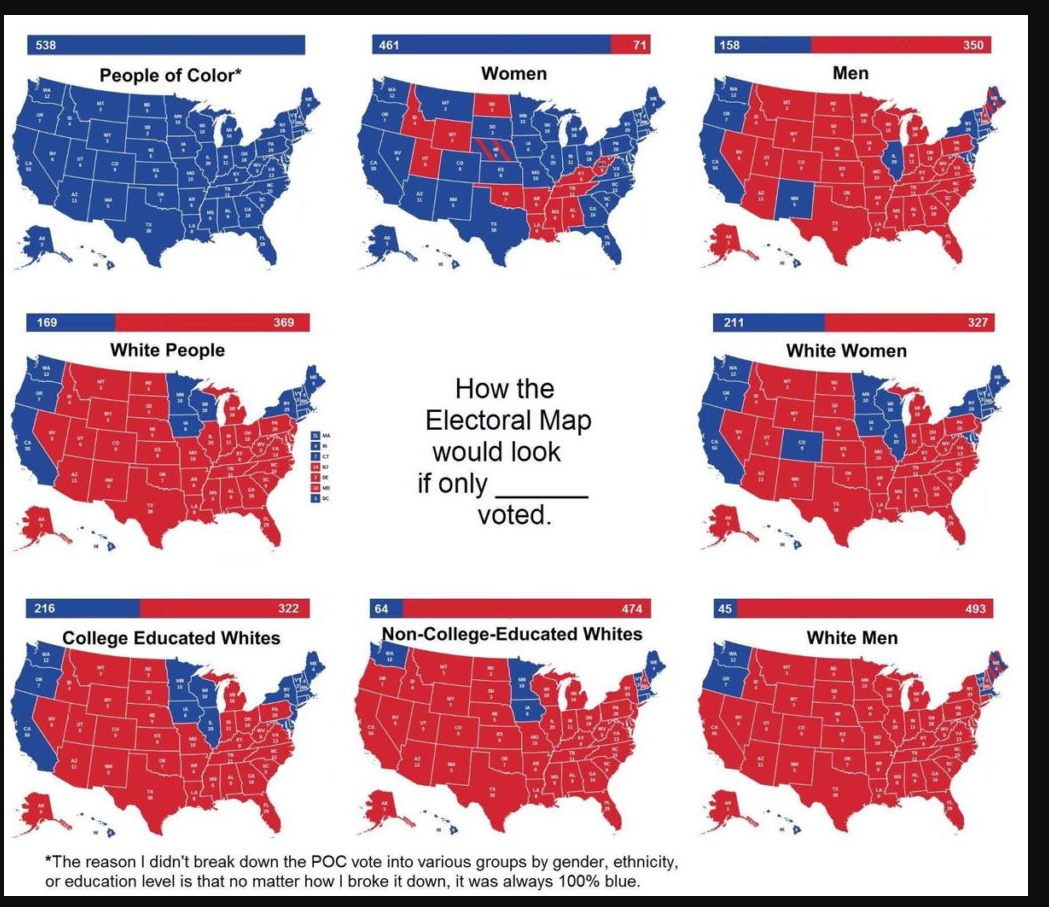 A woman voting on anything other than American Idol or her personal favorite type of chocolate is like watching a small child run full speed into a wall. Clearly the fundamentals are understood. The child runs, it’s going somewhere and there’s no doubt about that. The child can run. But very quickly one comes to the understanding that somewhere, somehow, the process has been perverted. Then comes the wall. Then comes the crying.

Women would vote for Hitler. Not because a woman could be talked into buying a catsup Popsicle while she was wearing white gloves, but because women are all fascists.

Don’t believe me? Let’s leave the constant threat of castration out of it for the moment. That makes it a slam dunk in my book, but that’s fine. Women are just “joking” whenever they play fascism card #1.

How about oppressive dictatorship by force or threat of violence?

Anyone who’s married will tell you a lot of things. The first of which will be, “Don’t get fucking married for any reason you dumb shit.” But a likely secondary is that marriage is not a democracy. What is it then?

Marriage is a fascist dictatorship of oppression — and so is any relationship with a woman. Work, professional, “professional”; they’re all the same. If you don’t like the flavor of the Kool-Aid and you want to add some mix, prepare to have a wailing siren of bullshit go off in your ear. That’s assault and that’s oppression. That’s enforcing your opinion through the threat of violence. If you press the issue, prepare to receive the threat of withheld friendship — or even sex whether it’s applicable or not! There was another man who pulled the same kind of shit. Yep, Hitler.

The biggest women/fascism link is a woman’s reliance on violence. Women will be the first to hit during any kind of dispute. It’s not even a percentage. It’s as much of a guarantee as it is that the sun will rise tomorrow. And as men we can all understand that the sun rises because it’s actually a star that our planet rotates around, therefore it is guaranteed to rise. We are able to remove ourselves from our personal point of view and understand that the sun isn’t rising at all. It’s actually us who are spinning around the sun. Women don’t even fucking know that.

Every morning when a woman wakes up at the crack of 10:30 she’s thrilled to shit to see that the sun’s in the sky again and her fake orange tan will look just as radiant as it did yesterday. That’s one of the biggest reasons why women shouldn’t vote. They don’t know fucking anything about anything. They know nothing.

But that’s not why women would vote for Hitler if given the chance. Say what you want about the merits of an individual ethos of governments as you will. You’re all men and therefore deserve the right to express opinion unmitigated by slander or censure. What I’m saying is that by an intrinsic party affiliation — fascist — all women would check the box marked ‘Kill Or Savagely Beat Anyone Who Doesn’t Agree With Me’. That fact has always held women back more than any mythical glass ceiling.