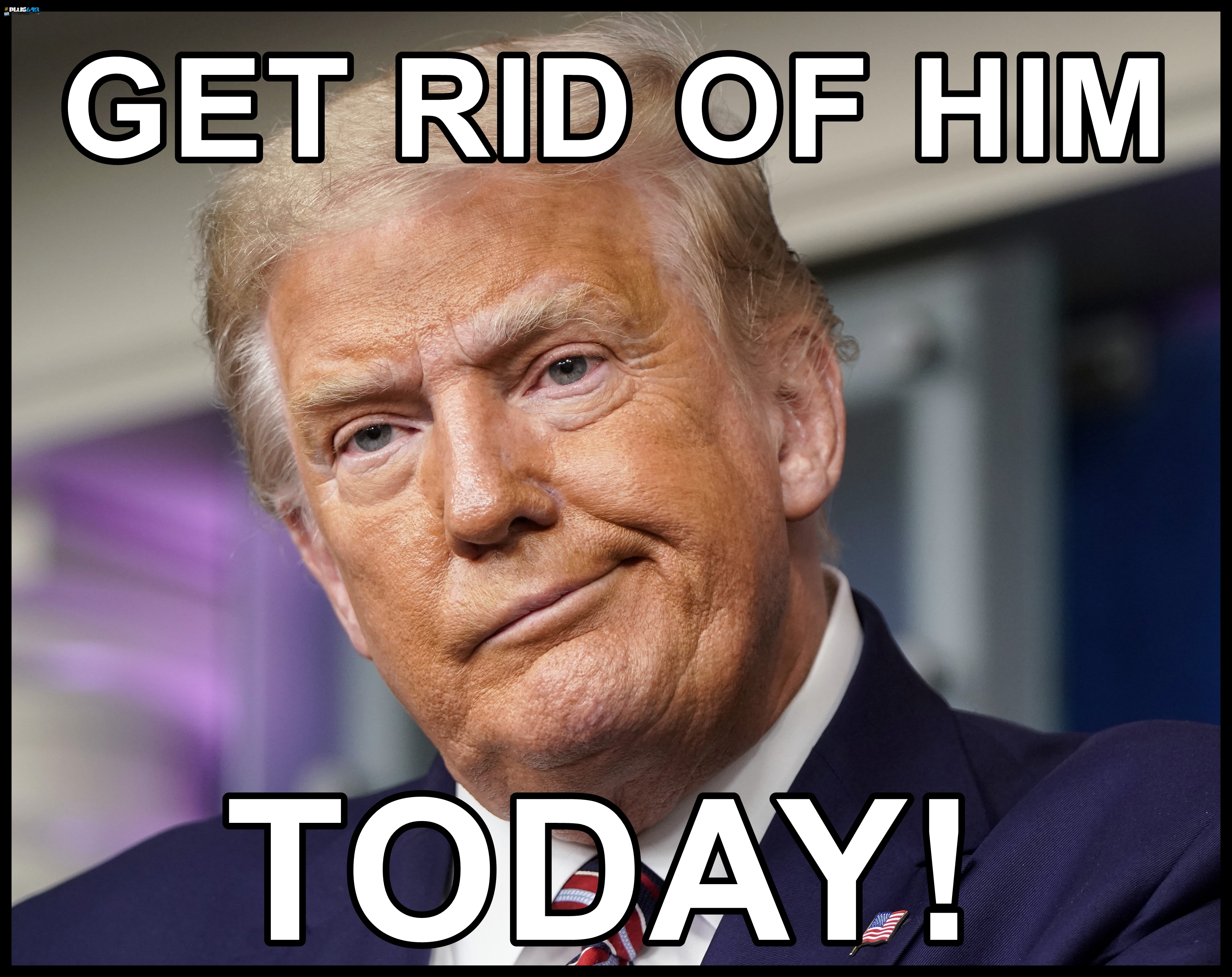 This guy's really done it now.
You see, this is what happens when rich people who have no experience in politics buy their way into power.
Even his vice president has turned against him now. I really hope he does jail time for this.

He has breached every form of political decency asked of someone who holds the highest office in the country.
And if you think his family is going to follow his footsteps into future politics, well, he just put a stop to that.
I have noticed none of you sticking your neck out or speaking praises about him now and nor should you.
This person did not make America great again, all he did was damage the country and divide it's people like never before.
One thing is for certain though, he did make history.

He will be remembered as the only president of the United States to have financially manipulated his way into power and turn one of the
world's leading countries on it's head within one term of office. And after failing to bribe his own senators, he told the last of his supporters to storm Capitol Hill,
something that hasn't been done for over 200 years. His presidency should be aborted immediately and hopefully,
this cretin will be charged with treason.

Funny that. Just after I posted my comment, President Elect - Joe Biden was reminding people on TV
how Hitler's right hand man, Goebbels, went about feeding lies to people till the point that they eventually believe them.
It's been documented years before and has proven to be true and this is what's been happening here for the last 4 years.
Thankfully, not for much longer.

I still support President Donald Trump, Just keep watching things are going to start happening If you want to ban me from this site like Facebook and Twitter are doing go ahead I will continue speaking my mind.
pro_junior Report This Comment
Date: January 09, 2021 06:35PM

Trump haters are so passé

Why would you be banned?

Trump on the other hand, I feel like we should jump on board social media banning him. So, we have decided to remove his account and he will no longer be able to post on the site. Please don't expect any new posts from the president.

jgoins, watch out, those crazy Aussies that run the site will not only ban you, they're coming to take your guns away too, just like they did in their own country. Seriously though, why would they ban you, your ludicrous comments just keep getting funnier and funnier?

Quasi, those crazy Aussies are a long way from Laredo! Fear not, my friend :-)

And Jgoins, you are just as insignificant as your failed, soon to be jailed hero, there is no need to ban you.
Your words, just like his, are as powerful as a fart in the breeze.

Sorry but Trump will be president for 4 more years if not then America will have breathed it last free breath if Biden takes office.
I CLAIM THE 25TH!!! Report This Comment
Date: January 12, 2021 05:11AM

Jgoins, you are clearly as delusional as the outgoing, soon to be jailed president.
He won't get another shot at it either. Maybe just a bullet to the head, if we're lucky.
jgoins Report This Comment
Date: January 12, 2021 01:51PM

Bullet in the head? Have you ever heard of karma? I would like to know what exact words you guys think Trump said that incited the entry into the capital building? If you think what happened in the capital was so horrible what did you think about all the riots of last summer and all the deaths and destruction they caused?
quasi Report This Comment
Date: January 12, 2021 09:16PM

jgoins, after Trump's stand back and stand by comment to the right wing militants during the debates what he said could be construed as a call to battle but it's debatable. What isn't debatable is that Rudy Giuliani literally called for combat and he should definitely be charged, if not with sedition at least with inciting a riot. And in what world do reprehensible acts of violence by another group in the past make it okay to do what was done at the capitol? Oh, yeah, the world where it's horrible to quietly kneel before the flag during the national anthem at a sporting event but kneel on a man's neck until he's dead and then some for good measure and smash into the nations capitol while armed with intent to murder. It doesn't seem that blue lives mattered much there either, nor would have the lives of duly elected representatives and senators had they been reached by the rabble. This wasn't just a riot, it was an attack on the foundation of our government and you've once again confused pig headed nationalism with patriotism.
I CLAIM THE 25TH! Report This Comment
Date: January 13, 2021 04:24AM

Ok, Pence isn't going with the 25th "because it is not in the country's best interest"

It's not in his personal best interest either, to be known as the guy who kicked his bum chum president out of office
and try to run for president himself in 4 years time. That would be too much egg on his face.
At the moment, he's only dealing with bacon.