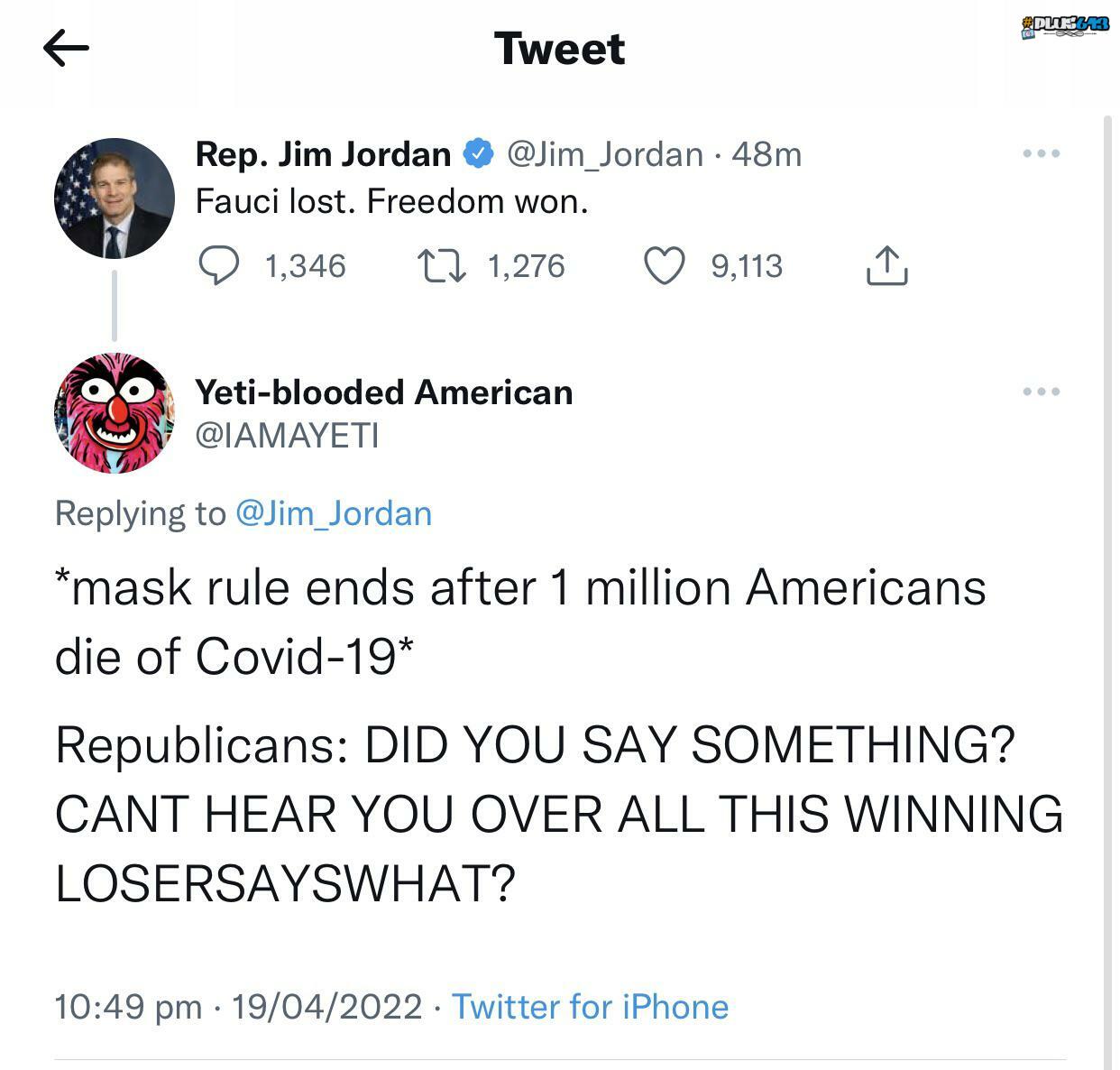 Say there's a fight. Whether it's a war or a videogame, you shoot until your enemies are defeated or you die. Eventually the fight ends, because either you or the other side are done.

The fight against Covid has raged on for two years. It's not fully defeated but in that time we have become better armed and there were many casualties on our team's side to get there.

So Fauci DID NOT LOSE. He's alive. Millions of people are alive courtesy of his work. You are alive courtesy of his work, so show some gratitude.
"Freedom" did not win, Freedom broke even after the major battles were faced and won over the last two years. Much of society has dropped the mask mandate because we're ahead of the game now and those most succeptable to the virus became fatalities. Had we dropped it a year ago, had "Freedom won" over common sense and safety prior to the infection numbers dropping, as you sought to have happen, we'd still be fighting and dying.

Jim, you can get down on your knees and... thank your maker that you weren't a fatality, and then thank Fauci and the makers of the vaccine that you and the majority of the people you care about were not fatalities. And then thank bofadeez.