McLaren F1 I hauled and drove 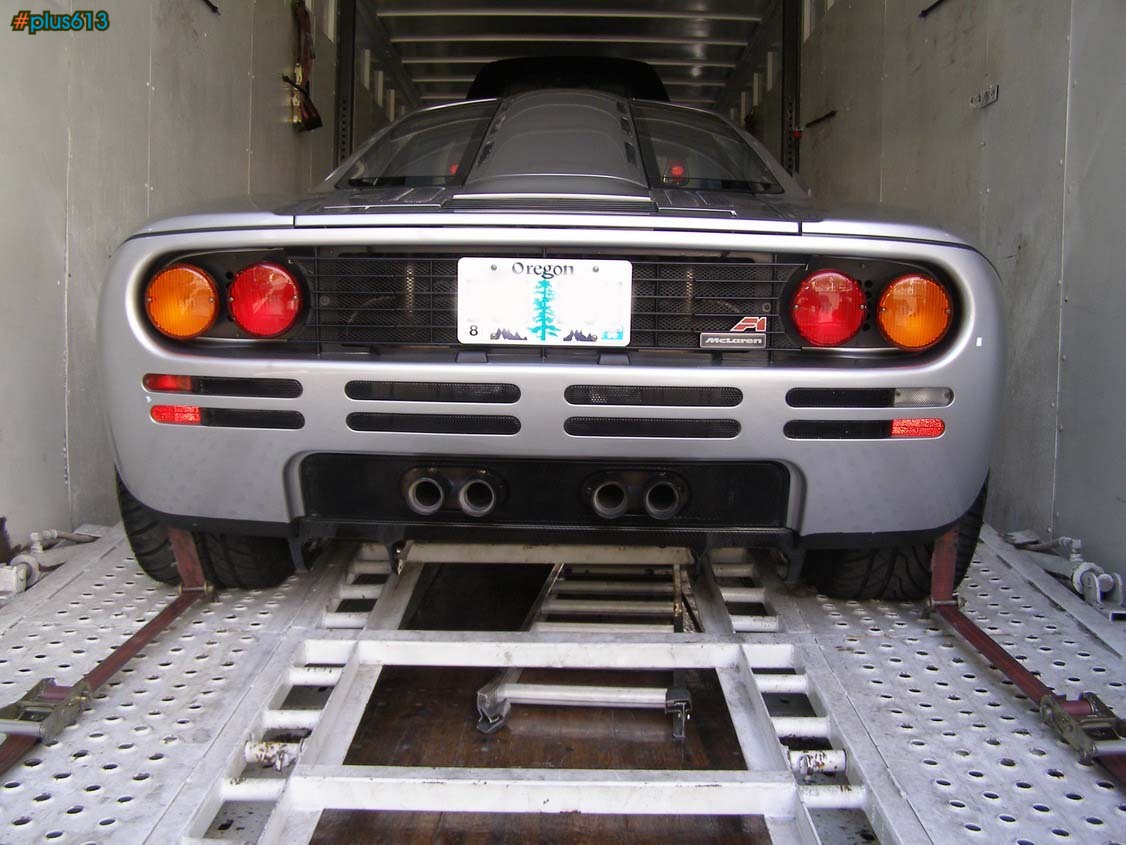 Never got to drive or deliver one of those. The guy that I delivered the F1 to (and drove it nearly 12 miles to his house) had a building (something like 150' x 40') filled with Ferraris, Lotuses and one boring, stock-looking, Ford GT that he said he had torn completely down and rebuilt to his specs... 800+ HP according to him. I asked him what the hell you'd do with that much HP in a car that was so light in the ass end and he just smiled and said, "Have a lot of fun." That is my kinda guy. He gave me a ride back to my truck in an Enzo, by the way. It was quite a day.
pro_junior Report This Comment
Date: November 28, 2011 05:35PM

thats awesome...most of the cars I hauled were wrecked

I pulled a skateboard though, so usually the wrecked car or two was just to fill out the trailer after picking up some steel coils or whatever else is heavy but doesn't take up a lot of space...anyway I was somewhere in SoCal chaining down a nearly brand new car that had been rear-ended and was smashed up pretty badly...this little old lady comes walking by on the sidewalk and she stops and says to me, oh what a shame...I said, yeah, and kept working..then she asked me, did they have insurance? how the hell would I know lol wtf?? so I turned to her and said, No! and now they're in JAIL! she said, Oh my! how terrible! or something like that, I just nodded and went back to my chains and binders and she wandered off...lol idk maybe ya had to be there...

I miss hauling cars in a lot of ways. Our bread and butter was hauling Lambos and Lotuses out of the San Diego port and also Lotuses out of South GA. Got to meet a lot of rich and famous folks. We delivered Daniel Cabrerra's (pitcher for the Oriels at the time) new Benz to him at Camden Yards, delivered a Benze to Javaris Crittenton (NBA) at the Lakers training center a few weeks after their summer camp started when he was a rookie, delivered a Maybach to Kenyon Martin (Denver Nuggets) and a whole host of millionaires and billionaires that are low profile types. We used to get some nice cash tips, too... one guy in La Jolla tipped us $600 and offered to let us use his hot tub overlooking the ocean from his cliff-side home. I've got enough stories for at least one book from the one year I did enclosed auto transport.